Nigeria Football Federation President, Amaju Pinnick has dropped out of the race to contest for the Confederation of African Football (CAF) presidency against incumbent Ahmad Ahmad, citing the emergence of billionaire Patrice Motsepe in the race.

Africa’s tenth richest man, Patrice Motsepe, who is also the owner of popular African football club, Mamelodi Sundowns, signalled his intention to run for the president of CAF ahead of elections in March and now Pinnick has revealed he will be supporting Motsepe in the race and wait for his time in the future.

However, speaking to BBC Sport, Nigeria Football Federation chief, Amaju Pinnick has confirmed that he’s opted not to contest the presidency, instead offering his support for Motsepe who he says is more experieced.

The 58-year-old South African Motsepe has a personal fortune worth an estimated $2.4 billion, after making his wealth in mining.

For Motsepe to win, he will have to defeat both Ahmad and Jacques Anouma of  Cote d’Ivoire.

Motsepe’s decision was announced in a press conference on Monday November 9.

Though Motsepe was not present, South Africa Football Association president Danny Jordaan revealed his backing for the Sundowns chief.

"Caf must improve its global standing," Jordaan told journalists, as per BBC Sport. "He is the most appropriate person we could offer for the leadership of Caf." 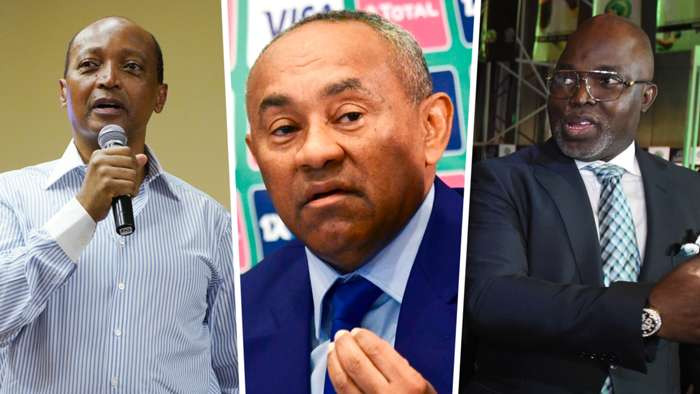 Pinnick speaking to BBC Sport Africa on Monday revealed why he won't be contesting in the forthcoming elections.

“He has more superior qualities than me,”

“It's not about me, it's about African football.

“If you have someone with superior qualities, you have to learn from him and queue behind him and wait for your time."