BBNaija Ozo mocked over inability to speak his native language

A trending video, has captured the moment reality TV star, Ozo couldn’t speak his native language, and Nigerians have taken to social media to tease him about it. 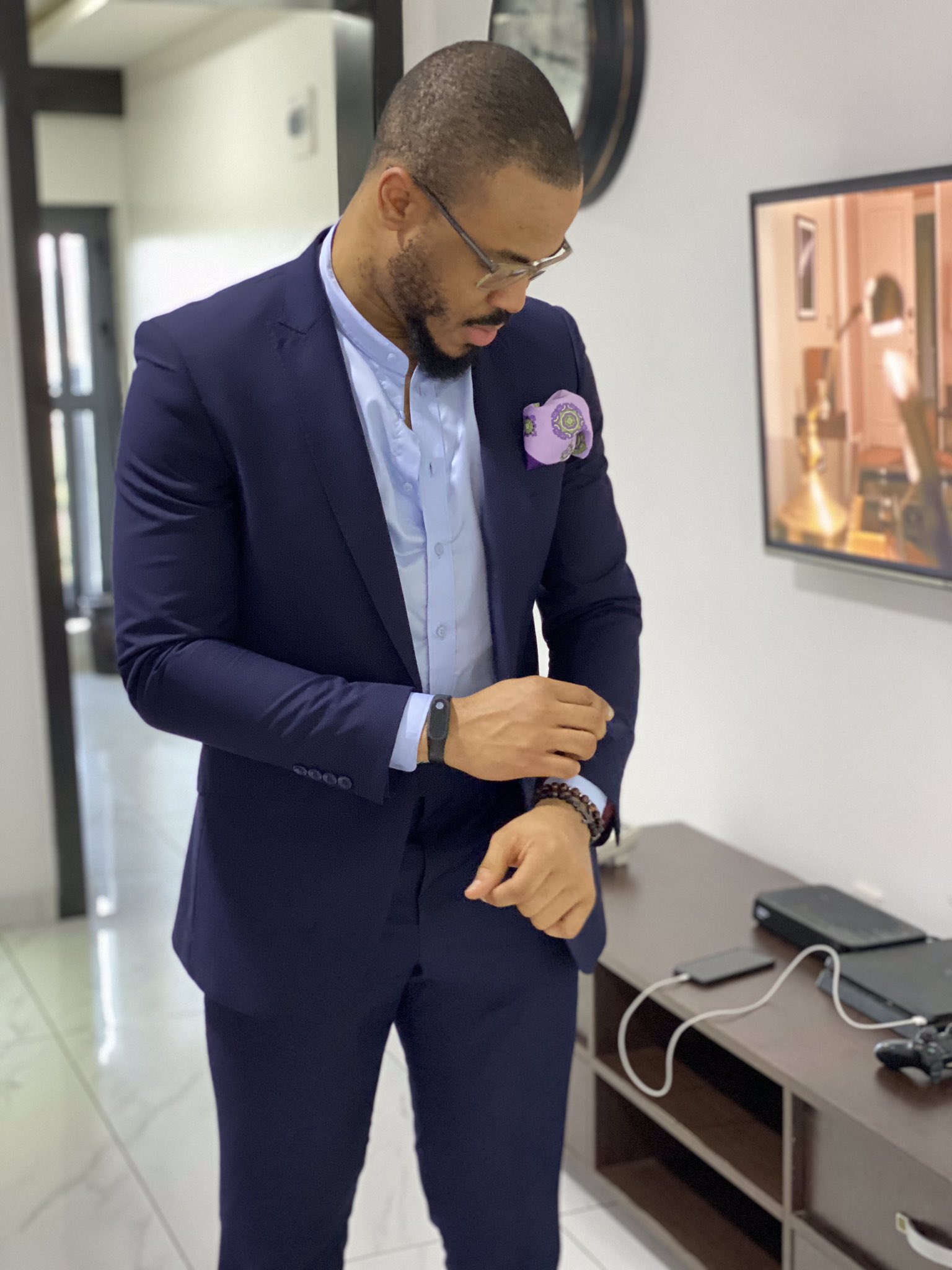 The Big Brother Naija star who was at an #EndSARS protest venue, met with popular comedian, Nedu Wazobia who insisted he must speak Igbo – his native language. 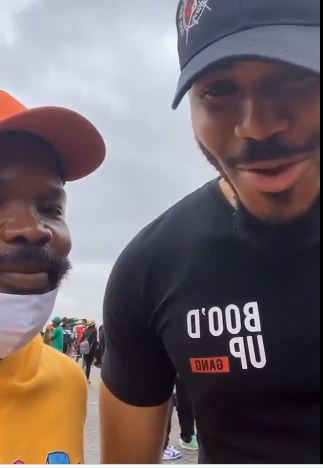 Ozo’s attempt to speak his native language sounded hilarious, and as expected, this has sparked reactions on social media.

While some Twitter users only laughed and teased him for not being able to fluently converse in his native dialect, many others dragged him to filth.

Some fans opined that, it’s possible Ozo grew up in an environment that didn’t offer him the opportunity to learn his dialect. 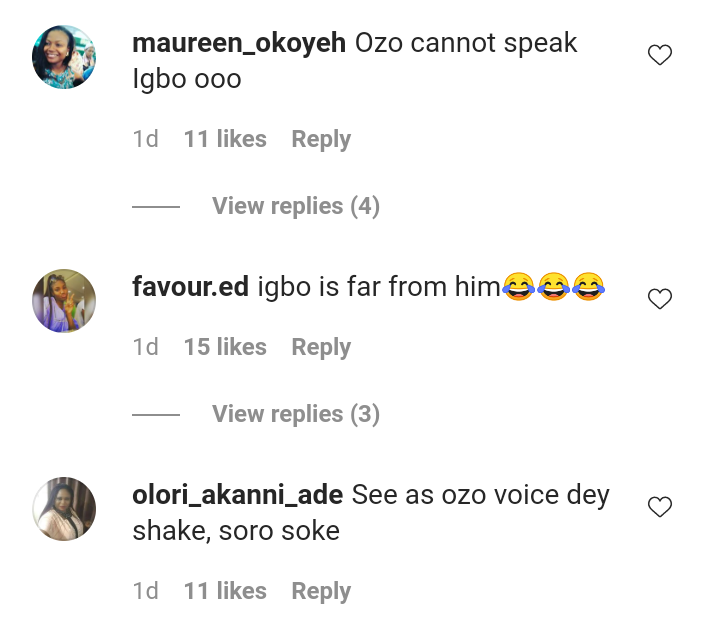 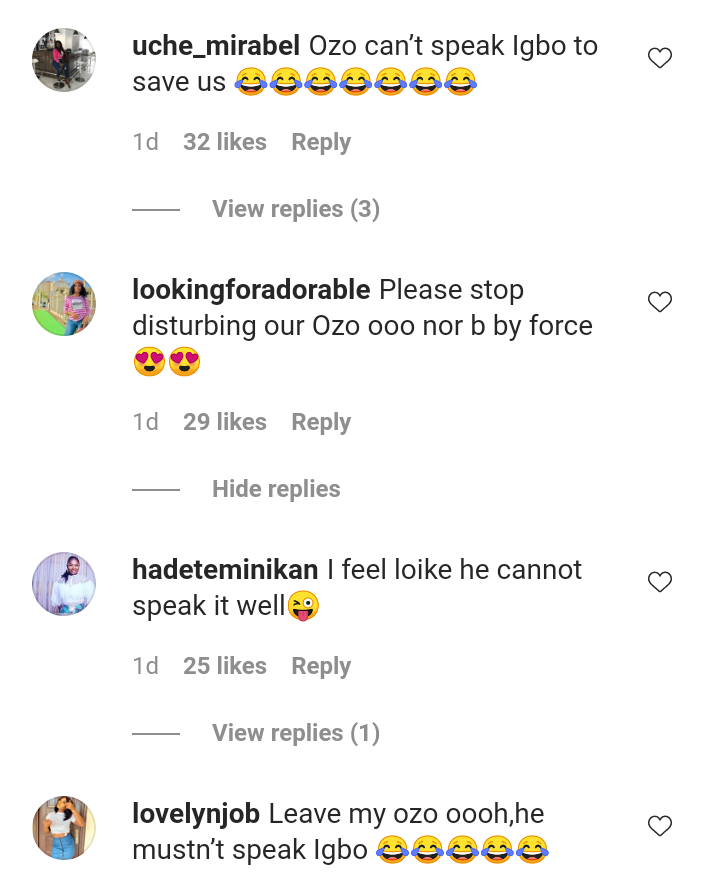 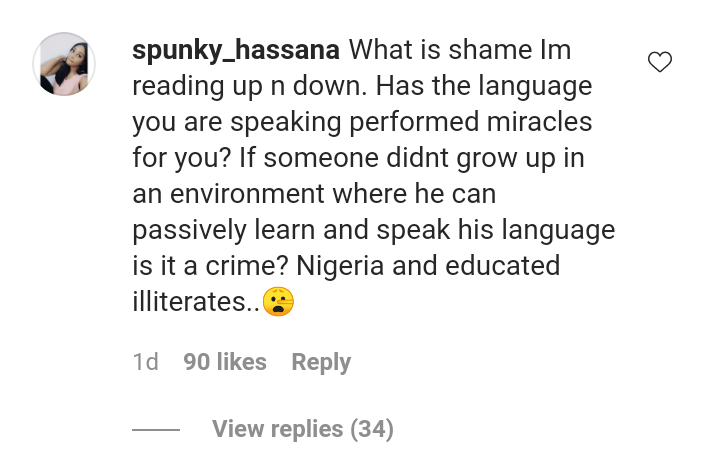 In other news, the 28-year-old sport enthusiast yesterday featured on SuperSportTV, making him to trend in Twitter as congratulations rolled in.