Super Eagles striker, Victor Osimhen celebrated his first goal for Napoli by holding up a white shirt with the inscription "#End Police Brutality In Nigeria" during his team 4 - 1 win against Atlanta on Saturday, October 17.

Recall the 21-year-old became Nigeria's most expensive player after completing a €50m move to Napoli from Lille in July 2020.

Today, he scored his first goal for the club and celebrated with a message, calling for an end to police brutality in Nigeria amid the ongoing #EndSARS protests. 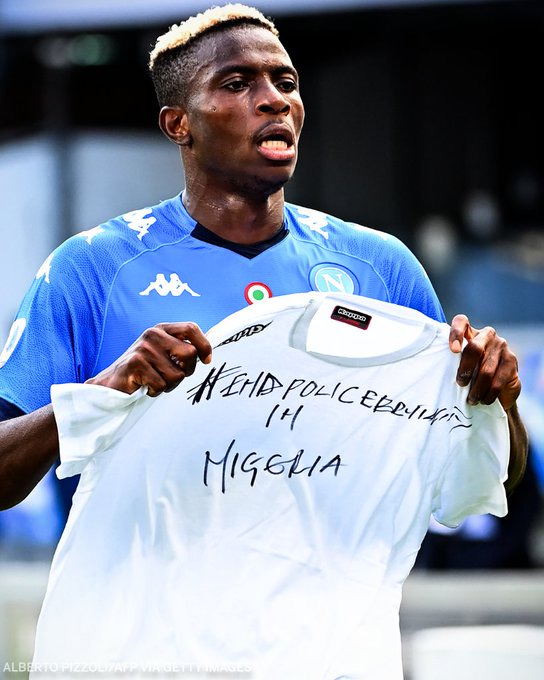 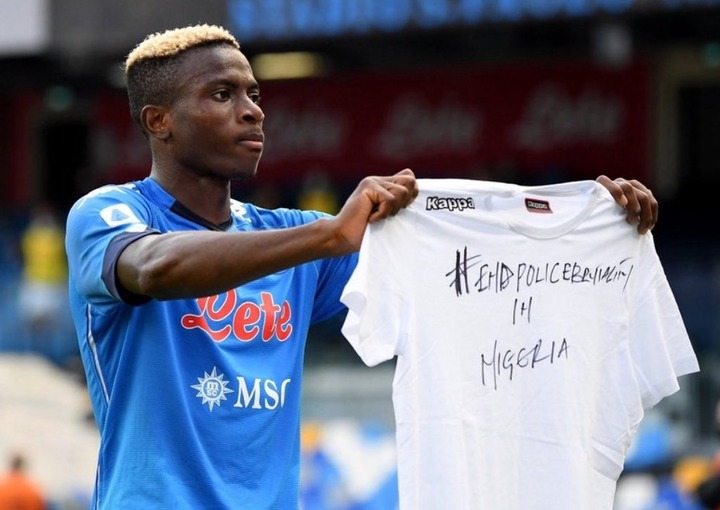 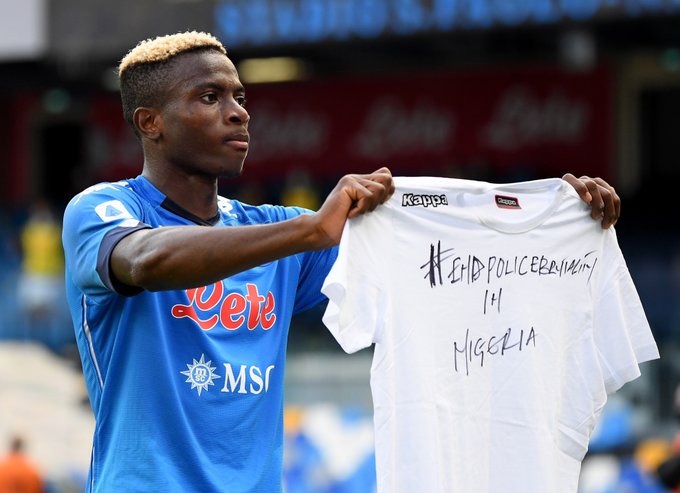