A seriously-ill but extremely lucky teenager has revealed what it is like inside of Vladimir Putin’s $49million (N79 billion) luxury plane. Arslan Kaipkulov, 15, was allowed to step inside the Russian president’s Ilyushin Il-96-300 – and was gifted a camera by the leader. The teenager, who dreams to become a pilot some day, was granted his wish personally by the Russian leader. Putin also gifted him a video camera to film on board his presidential Ilyushin Il-96-300 – when he captured sensitive images of the leader’s rumoured gold-plated toilet, private wine stocks and even his double bed.

However the boy was not allowed to show certain “confidential” parts of the plane’s sumptuous interior. Arslan suffers from a rare type of primary immunodeficiency disease, a disorder of the immune system.

He said: “This is the top secret plane of the country, it is an honour for me to be on it.”

The teenager is the only child registered with this condition in Russia. 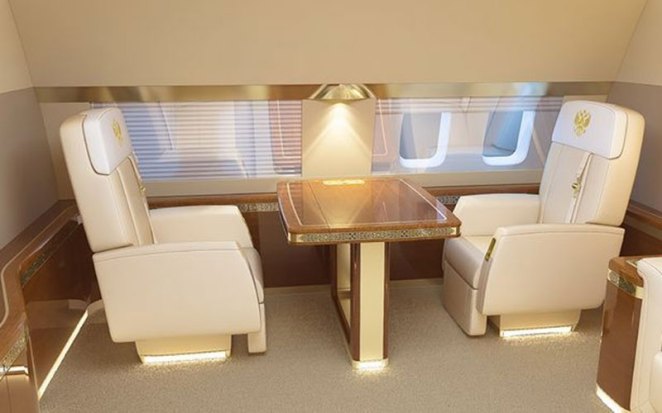 Arslan said Putin had made his “dream come true” after seeing a film the boy had made for a charity event.

Putin was not on board his hi-tech flying palace aircraft during the visit – but instead spoke to him by phone from the Kremlin.

The teenager was allowed to sit in the captain’s seat in the cockpit and saw the conference room from where Putin controls Russia from the skies on an aircraft officially called Board Number One.

However, in some parts of the lavish plane, he was prevented from filming.

”I visited other places, but you cannot shoot there,” he said.

So there was no footage from the teenager showing Putin’s personal quarters including his bedroom and bathroom – even though images purporting to show these parts of the aircraft have been released before by Russian state TV.

The plane, one of the most luxurious in the world, is said to boast a gold-plated toilet, a king sized bed fit for a star and a gym. 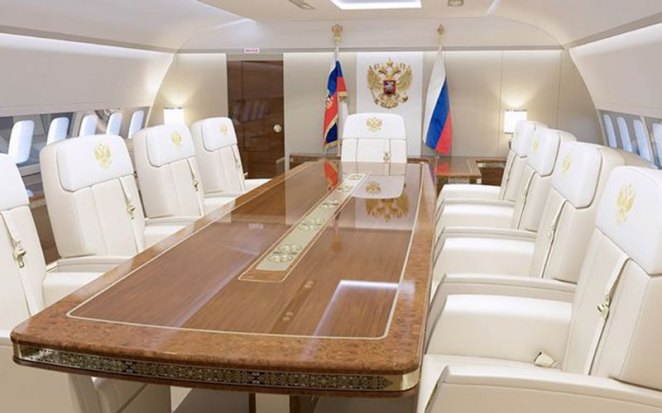 The interior décor has a neoclassical style and the huge conference table is gold trimmed and surrounded by cream leather seats.

Putin is believed to have clocked up more air miles in high office than all other Russian leaders put together.

He was told about the medical examinations pilots must undergo before flying the Russian president.

The trip was organised by Russia’s Dream With Me project which aims to make dreams come true for children with life-threatening conditions. 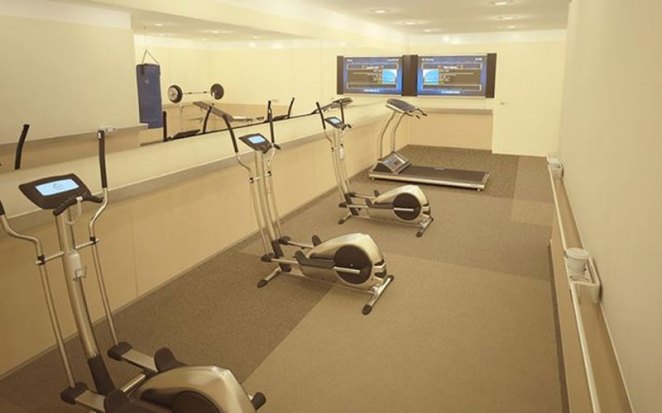 His mother said: “It is a real miracle.

“We are very grateful to the Dream With Me project. Huge thanks to our president.

The Russian leader helped to fulfil the dreams of several ill children, including Regina, who interviewed the president on the RT channel, Artyom, who enjoyed a helicopter tour of St. Petersburg, and Veronika, who visited Mosfilm, the Russian Hollywood.